Tower Tales: Setting Up Our Garden

In one of my favorite poems by the Chilean poet Pablo Neruda, one verse says forgetting is so long. As parents, we experience this on a daily basis. From "Are we there yet?" every five minutes during long car rides to "Is it time yet?" for a coveted thing that hasn't come to pass quickly enough, our kids do not forget our promises. In my case last week, the sought-after thing was putting together our Tower Garden. I had put it off a couple of times because work and homeschooling don't always play well together. 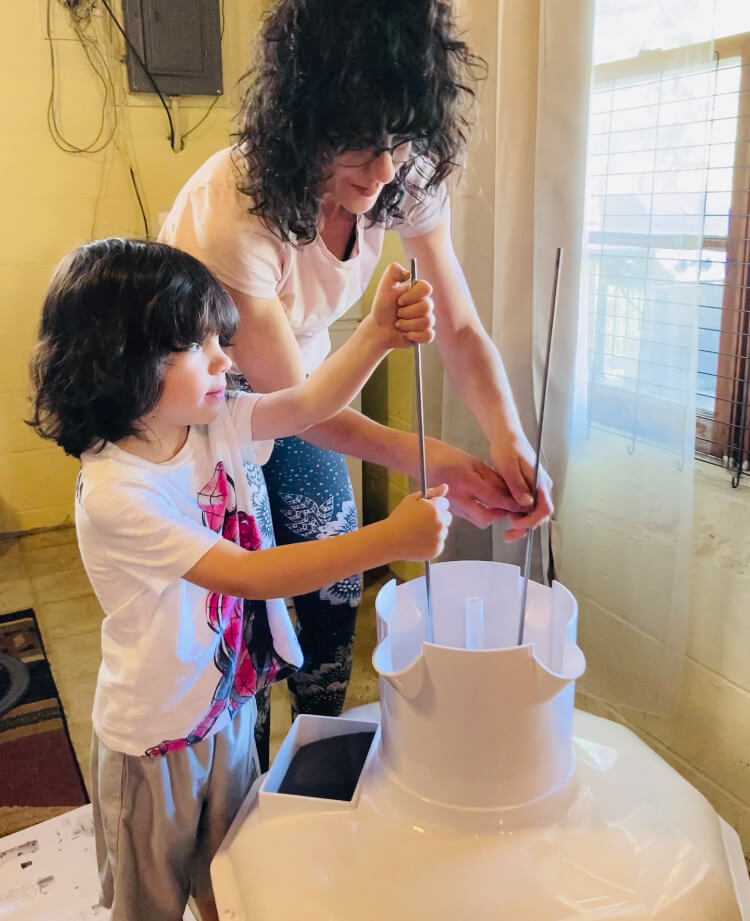 When The Big Day arrived, the boys and I headed to the basement where our Tower Garden would live. As I began setting out all the pieces, the boys commandeered the large cardboard box where I'd been storing them and went to work with markers. Within minutes, they had created a miniature playroom complete with a set of shelves made from a cardboard insert and a flat screen TV made from one of the flaps. During my nine years as a parent, I've often wondered why I don't stop buying toys and just invest in cardboard boxes instead.

I hated to take the 9-year-old away from his imagination, but I had a hunch my aspiring engineer would enjoy being the one to put the first parts together. While I decided where in the room we'd place the Tower, Zion went to work putting the wheels on the reservoir. After he finished, the 5-year-old emerged from his playroom just in time to try to climb into the reservoir. "Spin me around, Zion!" he squealed. The Fun Police arrived just in time with a quick "No way!" After staving off imminent destruction, I adjusted my badge and carried on with business.

Next up, we attached the tower to the base. The arrangement of the plant ports invited a little lesson. I asked what the boys noticed about their placement. Zion recognized that they were in rows and columns, and we talked about that with Laz, who'll be entering kindergarten this coming school year. But, Zion noted, "They're not really in rows and columns because they're in a zigzag." I asked why he thought they were set up that way, and he said it's so the leaves of the plants have room to spread out. 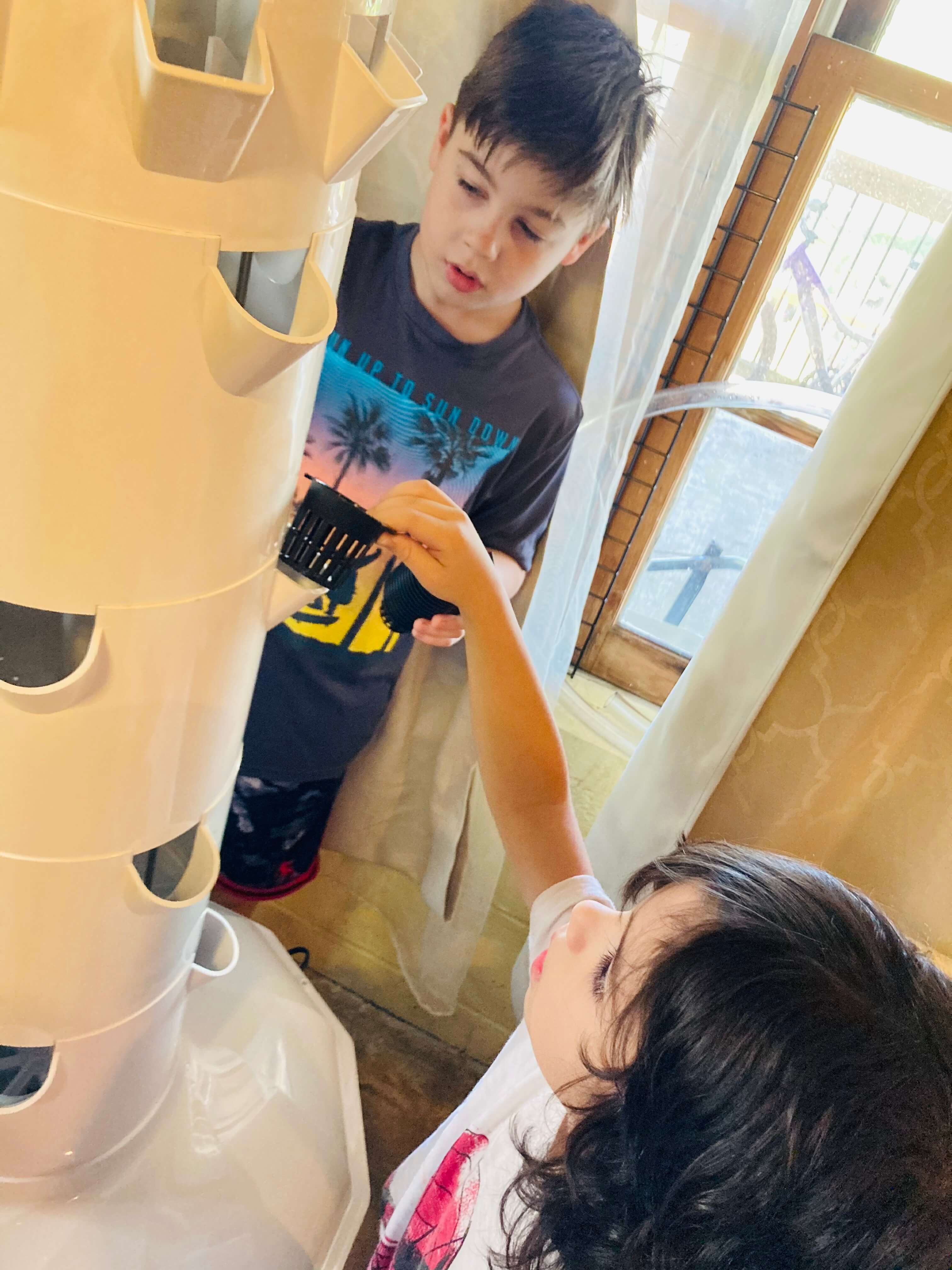 The final step of assembly was by far the favorite: the LED lights. After a quick how-to from me, Zion was proud to be able to snap them together by himself. As our Tower Garden stood all put together, I asked the boys what it reminded them of. Laz didn't waste a minute: "An octoputh!"

My little thespian thus began performing the tale of Squidward the Octopus. Inside Squidward's tower lived his friends, a sponge named SpongeBob and a starfish named Patrick. (Clearly  borrowing heavily from a certain cartoon every parent of little ones knows well.) Before the third friend could join Squidward the Octopus in his underwater kingdom, Laz needed to know if a squirrel named Sandy Cheeks could wear a glass helmet "wif a fing to help him breathe." “Yes, of course,” I assured him.

My youngest's command of the stage turned out to be a great exercise in storytelling. If you're homeschooling, ask your younger kids (K-3) what they think your Tower Garden looks like, and create your own stories from there. Incorporate it into a writing lesson, and while you're at it, fit in some art by having them draw their interpretations of the Tower.

When Laz finally took a breath, I took the opportunity to remind the boys that our Tower Garden is here to help us stay healthy. In turn, Zion decided that such a noble purpose deserves a stronger name, so he christened it Tower of Power. Laz was on board and already off doing superhero moves in support. I think it's a fitting name, maybe even the best one yet.

Before I fully lost their attention, I did a quick review of our Tower of Power's many benefits:

We also talked about the location of the plants: Should we put the big ones at the top or bottom? The boys jumped up and down, yelling "Top! Top!" “Nope, bottom,” I said, explaining that the bigger, heavier leaves take up more room and that by putting the smaller plants at the top, everything will have proper room to grow. 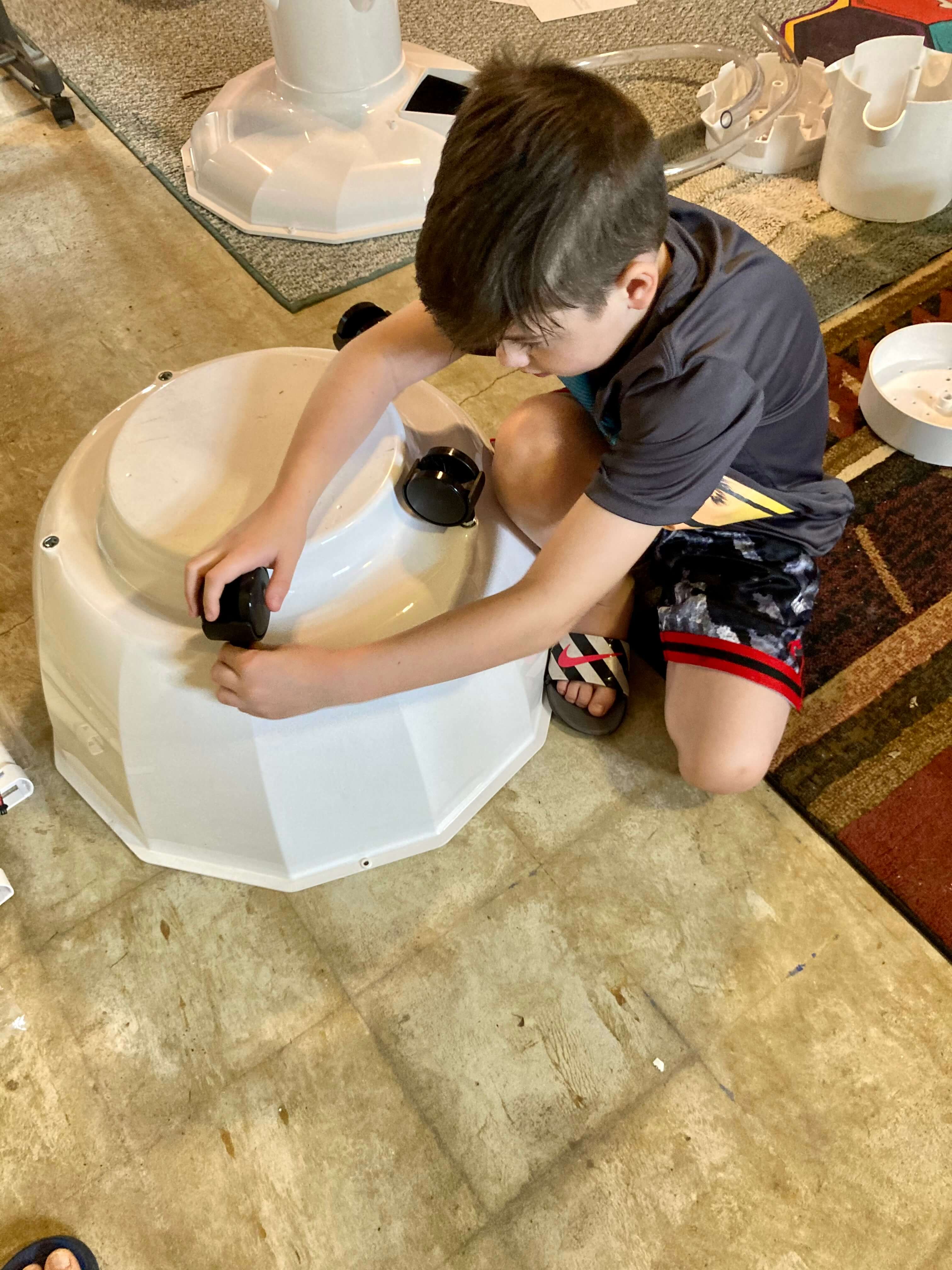 And grow we will. Up next is soaking the seeds and waiting for them to blossom so we can plant them in our Tower of Power. Stay tuned!

If you haven't assembled your Tower Garden this season, or even if you have, implement some of the ideas in this blog and let us know how it goes! I found the assembly videos for HOME and FLEX on the Tower Garden YouTube channel very helpful for a first-time setup—or even if you just need a refresher! 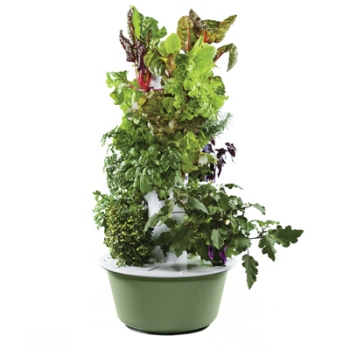 All Articles of this Author


Next Post
Kitchen Lab: 3 Ways to Play with Your Food

Want to leave a comment? We'd love to hear it. Please note that all comments are moderated. Anything resembling spam will be deleted. Try to make this a meaningful conversation for all involved.